WORLDWIDE WATER MACHINE BUSINESS
​
If you are in our locality, please bring to us your favorite drinking bottled water to learn more....
​The water we are drinking today is so toxin/acidic especially bottled water.
​
​www.BuyWaterMachine.com
Office: (818) 263-4623
Ukon Products   •   Profitable Business Model   •   Thriving, Recession Proof Industry   •   Join Us Today

With their latest launch of the new Kangen Ukon DD program , Enagic has paved a new path with new opportunities for existing distributors and brand new distributors alike.  But who exactly is Enagic and what makes them so special?
Unlike many other network marketing companies and opportunities that come and go…​
Enagic is an established 42 year old company which pioneered the Ionized Water technology used in Japanese hospitals and homes worldwide.
Their highly successful product line of Kangen Water machines have quietly infiltrated main stream audiences and is now the number one selling brand of Alkaline Ionized Water technology around the world.  Their network of independent distributors has flourished into every corner of the globe and Enagic branch locations have opened in 14 different countries and are still growing.
​
Enagic has been awarded numerous certifications and awards from many different organizations including the Direct Selling Association, Direct Selling News Global, Japanese Ministry of Health, Labour and Welfare, International Earth Environment University and much more.  They are also awarded an “A” rating by the Better Business Bureau and are committed to helping their loyal customers and distributors around the world. 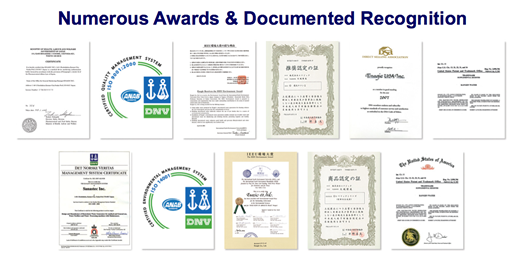 Enagic strives for that same level of excellence with their brand new opportunity Kangen Ukon.  With the new Kangen Ukon opportunity, distributors will have  access to a brand new product made from one of the oldest documented naturally healing plants combined with Kangen Water making one of the most extraordinary and unique dietary supplements in the industry.
​
But wait, it gets even better…
Enagic has gone even further by using the same patented ​8 point compensation system used for Kangen Water distribution and has modified it for Kangen Ukon to create one of the most revolutionary compensation plans in the industry. Now, the modified version of the revolutionary 8-Point system makes it even easier to realize true financial freedom as a Kangen Ukon distributor.  The vision for Kangen Ukon is still the same as Kangen Water: To spread the word of compassion and health around the globe. But now that vision also includes providing a long term residual income opportunity for their distributors.

Don’t wait to let this new opportunity pass you by.  Hundreds of thousands of dollars of early bird incentives are being paid out to distributors​.  Contact your sponsor and sign up now to secure your spot with a Kangen Ukon Team.
Powered by